3-D Printing Startup has Eye on the Sky 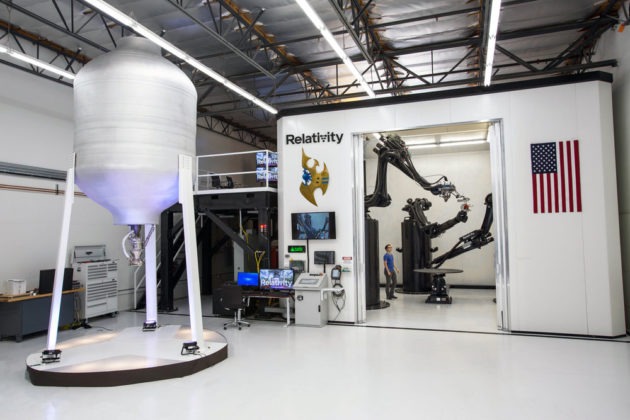 Relativity Space, the Los Angeles-based rocket manufacturer, is using the world’s largest 3-D printers to disrupt the growing aerospace market. The company believes it can 3-D print 95 percent of the Terran 1, their orbital rocket in development. The startup is exploding after the latest round of venture-capital funding reached $35 million, allowing the company to turn the “next generation” of orbital rockets into a reality.

Terran 1’s $10 million price tag splits the market between the “budget” rockets of Rocket Lab and the high prices of “heavy” rockets from Space X and Blue Origin. Relativity Space does not want to differentiate themselves in price, but instead by shattering the competition in speed and versatility only possible with a 3-D printer.

In an interview with CNBC, Relativity Space CEO Tim Ellis said, “With the 3-D printing approach, people can see we can produce and launch rockets with a lead time of 60 days. That’s completely noncompetitive.”

Relativity Space has drawn interest from prominent investors such as Dallas Mavericks owner Mark Cuban, who has personally invested in every round, stirring international attention. The 3-D printed rocket has spurred nearly $1 billion in intentions to launch from governmental and commercial entities around the world.

Relativity Space tests its rockets in the Stennis Space Center in Mississippi. The Stennis Space Center is owned by NASA, who agreed to a favorable private-public arrangement where Relativity Space pays for maintenance and utilities in exchange for a 20 year lease of the rocket-testing facility. The moves shows NASA’s continuing effort to support the private aerospace market and its confidence in the Terran 1.

The NASA rocket-testing facility and 3-D printing allows Relativity Space to operate on an accelerated time-scale and puts them on the fast-track to a commercial debut. Relativity Space is currently in testing and set to launch their first Terran 1 in 2020, with commercial flights promised the following year.