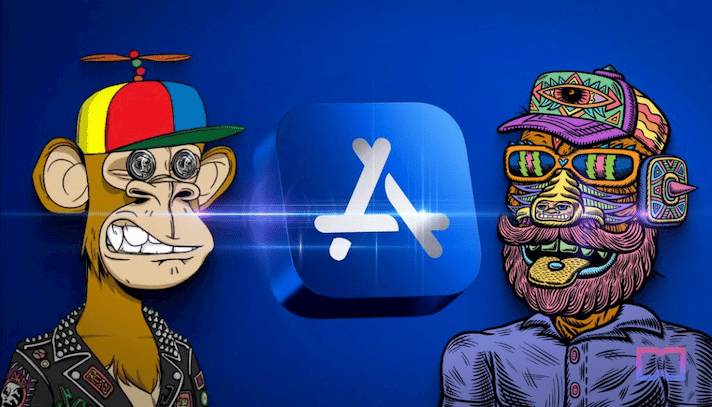 Apple, a titan of the IT industry, has once again reevaluated its divisive position on non-fungible tokens. This time, the IT company has released freshly revised policies with explicit provisions relating to NFTs.

Apple Insider claims that on October 24, the tech company defined its guidelines for iOS applications that handle NFTs. The IT company gave its first official approval for the provision of in-app NFT minting, purchasing, and selling. The revised rules state:

“Apps may use in-app purchase to sell and sell services related to non-fungible tokens (NFTs), such as minting, listing, and transferring.”

Sadly, despite multiple requests from the cryptocurrency community to have it waived, the tech company has maintained its 30% Apple Tax on in-app cryptocurrency purchases and peer-to-peer NFT trading under the current upgrades.

Apple prohibits the use of NFT to unlock content

Apple has prohibited applications from utilizing non-fungible tokens to access content or other features, in addition to the tax regulations. Apple has made it clear that, as long as NFT ownership does not unlock features or functionality inside the app, users of its app will simply be able to see their NFTs. The recommendations added:

“Apps may not use their own mechanisms to unlock content or functionality, such as license keys, augmented reality markers, QR codes, cryptocurrencies and crypto wallets.”

Industry analysts claim that the new rules' enforced restriction may discourage users from acquiring NFTs, which they sometimes utilize to open token-gated content.

The Moonbirds NFTs and the Bored Ape Yacht Club (BAYC) NFTs are ideal examples of organizations that will probably be impacted by the new regulations. Exclusive access to different communication channels, goods, and other benefits are provided by these NFT collections to their NFT holders.

The Information explained in a previous article how Apple's 30% charge regulations were driving NFT marketplaces and producers out of its ecosystem and sometimes causing them to forgo NFT integrations altogether. It is predicted that the new rules would worsen the situation in this aspect.