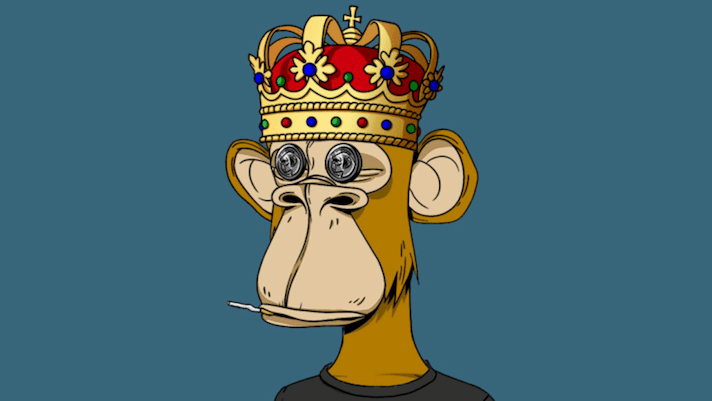 Despite the current global market slowdown that has forced the leading cryptocurrency Bitcoin to trade below the $20,000 level for weeks, the non-fungible token (NFT) market continues to push strongly. Below, we've highlighted a list of the 10 NFTs that are currently selling the best, in order of sales volume:

For the third week in a row, Matchcastles' Terraforms NFT collection maintains its supremacy. 1,865 ETH have been sold in a 24-hour period by Terraforms NFTs. The floor price for Terraforms is $864, and its market capitalization is $8.56 million.

One of Yuga Labs' most popular NFT collections is called Mutant Ape Yacht Club (MAYC), which was created by the company known for Bored Ape Yacht Club. After dropping to the sixth place in our top ten rankings this week, MAYC has recaptured the top spot.

970 ETH were sold by MAYC during the course of a day. The current floor price and market cap of the MAYC NFT collection are $19,162 and $372 million, respectively.

It goes without saying that BAYC, the limited-edition King of NFTs, is made up of 10,000 Bored Ape NFTs. After slipping to fourth place last week, BAYC now seems prepared to challenge for the top spot once again.

Another NFT collection, Ethereum Name Service, is now among the top five most popular NFTs in existence. The daily sales volume for ENS is 425.57 ETH. ENS's floor price is $1.19, and it has a $2.68 million market value.

The NFT compilation "50 Years of Atari" rounds out our current list of the five best-selling NFTs. A total of 383 ETH were sold during The 50 Years of Atari's 24-hour sales period. It now has a $438 floor price and a $1.14 million market cap.

After disappearing from our top selling NFT rankings over the last several weeks, Azuki is another blue chip-tier NFT collection that is retesting the top ten positions. Currently, Azuki is sixth with a 359 ETH per day sales volume.

An NFT collection from the metaverse gaming project Otherside by Yuga Labs is called Otherdeed for Otherside. The 100,000 digital deeds that are part of the metaverse project are a limited edition.

In fact, NFT collection sold 300 ETH worth of goods in a single day. Currently, Otherdeed for Otherside has a $2,273 floor price and a $227 million market value.

An NFT collection called Renga has been advancing steadily over the last several weeks. Renga has climbed to seventh place among the 10 NFTs that have sold the most recently. The 24-hour sales volume for Renga is 268 ETH. Renga now has a $1,254 floor price and a $9.2 million market cap.

Another consistent seller among the top ten NFTs is CryptoPunks. CryptoPunks, on the other hand, has dropped from second place last week to ninth place today. 262 ETH were sold during the previous day's trading on CryptoPunks, which has a $841 million market value.

With a 24-hour sales volume of 188 ETH, BEANZ Official, a lesser-known and relatively recent NFT collection (established in April 2022), rounds out our top ten selling list. BEANZ Official currently has a $1,478 floor price and a $29.5 million market value.

The forthcoming NFT game Tamadoge, which sold out in only eight weeks, generated $19 million elsewhere in the market to reach its presale hard maximum. The company's exchange listings on LBank, Uniswap, and another tier one exchange, which will be disclosed this week, will be the next stage.