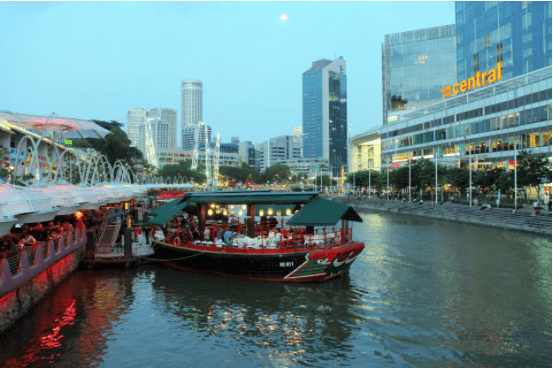 The UOL Group, which is owned by billionaire Wee Cho Yaw, said that it had sold more than half of a residential condominium building in northern Singapore that had just opened over the weekend, indicating strong demand in one of the world's most expensive property markets.

The Watergardens at Canberra, a 448-unit private residential project in northern Singapore, sold almost 60% of its units at its weekend opening, according to the firm late Sunday. Four-bedroom apartments were available for less than S$1.8 million ($1.3 million), with two-bedroom flats costing about S$920,000 and three-bedroom units costing less than S$1.3 million.

According to Jesline Goh, UOL chief investment and asset officer, buyers were distributed across all unit types and were drawn to the building because of its closeness to the recently completed Canberra MRT station and the planned North Coast Innovation Corridor industrial development.

According to official statistics, residential property values increased by 7.1 percent year over year in the second quarter to new highs. Buyers have been scooping up homes on hopes that Singapore's economy would gradually revive as the government eases pandemic-related restrictions, despite the fact that approximately 80% of the country's inhabitants have been properly vaccinated.

Canninghill Piers, a 696-unit building at Clark Quay, close across the Raffles Place financial area, will be launched in the fourth quarter by City Developments in collaboration with CapitaLand. The renovation of the old Liang Court retail center into a mixed-use residential, commercial, and hotel complex along the Singapore River is part of the project.

The residential component of the Fuji Xerox Towers redevelopment project in Tanjong Pagar, on the outskirts of the Raffles Place central business area, is set to open in 2022, according to City Developments. Next year, it plans to start two more suburban residential projects in western and central Singapore.

By the second half of 2022, GuocoLand, which is owned by Kwek's cousin, Malaysian billionaire Quek Leng Chan, intends to open a 600-unit suburban residential condominium in northern Singapore. Guoco Midtown, a massive mixed-use commercial, office, and residential project on the outskirts of the CBD in the Bugis district, has experienced strong demand for its housing component.

Apart from high-rise residential condos, developers are also constructing landed homes in response to rising demand from rich technopreneurs whose fortunes have grown in the last year as the epidemic increased food delivery, online shopping, and mobile payments.

“Taking advantage of Singapore's strong residential market, the group has begun to sell apartments in Sentosa Cove with some success,” said billionaire Chua Thian Poh, chairman and CEO of Ho Bee Land, in a statement released with the company's first-half results on August 12.

Thanks to Jonathan Burgos at Forbes whose reporting provided the original basis for this story.