Did Sister Jean Not Believe in Divine Providence? 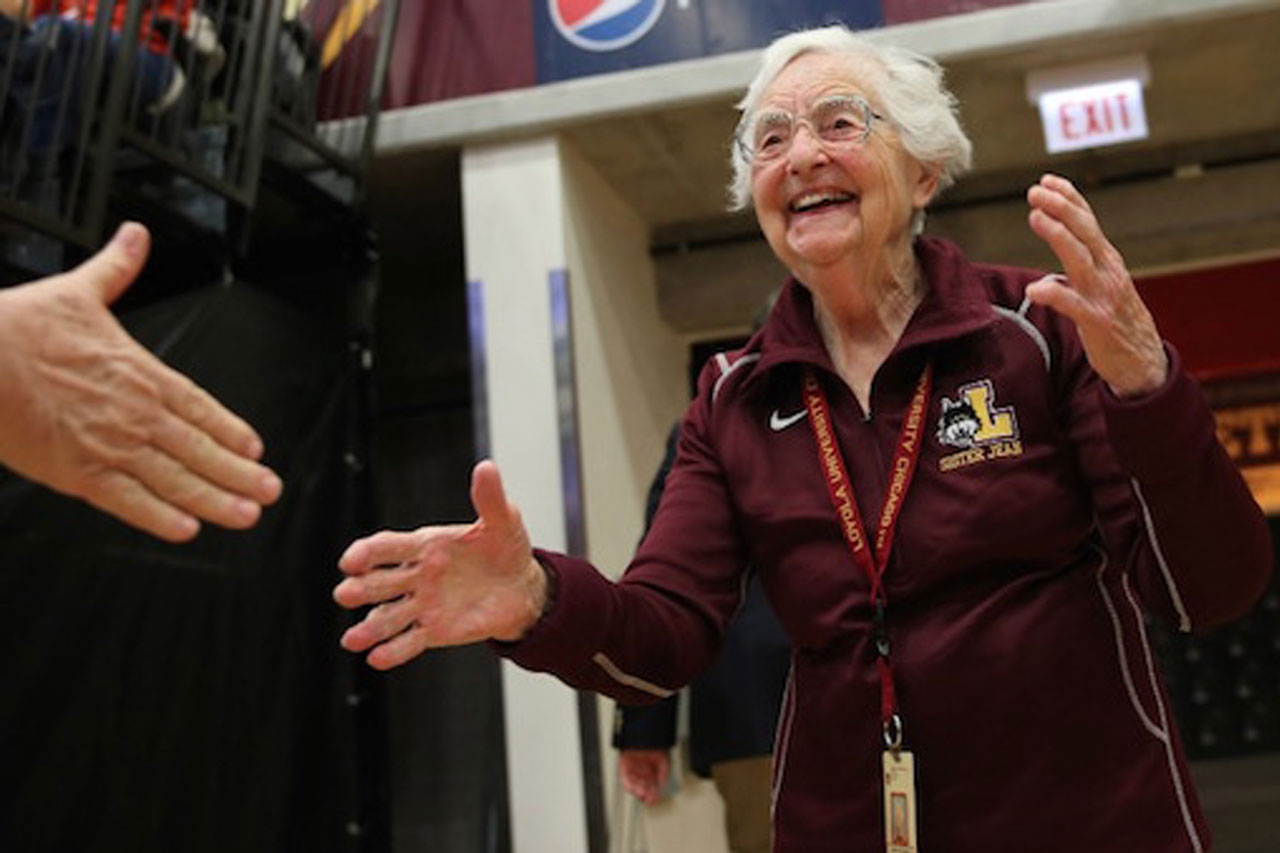 She is not a mascot, but a chaplain.

But you would have a hard time distinguishing between the two when it comes to the men’s basketball team at little Loyola University of Chicago, for it seems the team rallied around its longtime chaplain and made a push for its first Final Four in more than 50 years.

Sister Jean Delores-Schmidt is nearing 100 years old and has been the team chaplain for a very long time, and Loyola-Chicago has a long history of quality basketball at the private Catholic university in one of the biggest cities in America.

But in 2018, the Ramblers entered the NCAA Tournament as a No. 11 seed in the West Region and made an improbable run to the Elite Eight - the West Region final - following three wins by a total of four points, including a 69-68 victory over Nevada in a Sweet 16 game which was the Ramblers’ first since 1985.

Whatever Sister Jean has been doing, it has been effective, because perhaps only Divine Providence could have brought the long-shot Ramblers to this point. The path was set up by being in a region where none of the top four seeds made it to the Sweet 16 - a feat considered statistically improbable - and left the Ramblers playing No. 3, No. 6, No. 7 and No. 9 seeds in its four tournament games.

So while everyone else’s bracket is completely busted by the Ramblers, Sister Jean’s team continued to move along, winning close games and finding a way to prevail. But did Sister Jean even pick her bracket against her beloved Ramblers?

“I don’t care that you broke my bracket,” a jubilant Sister Jean said to player Clayton Custer following the win over Nevada last week. “I’m ready for the next one.”

One just has to have faith.