How to Determine Your Retirement Readiness and Prepare for It 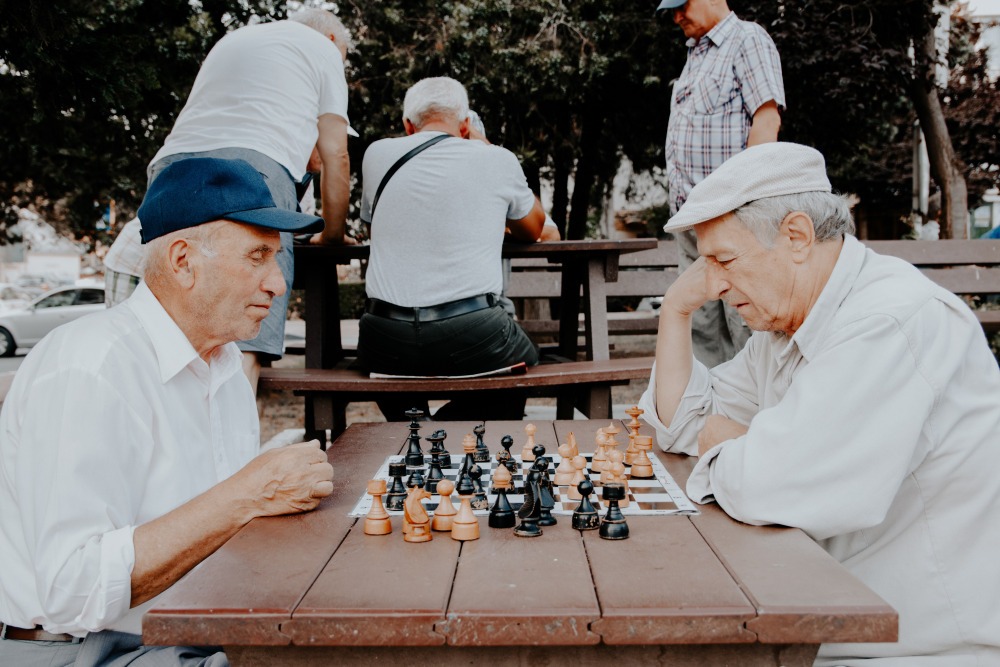 It might be tough to make the transition from a fruitful working life to retirement. Many retirees claim that it is more difficult than they anticipated. Some factors will make the process smoother and simpler to acclimate to, as they do with all large shifts.

However, certain things may, regrettably, create more difficulties than anticipated. The goal is to understand what those things are so you can be prepared for them and, if possible, avoid them.

That's what this piece seeks to do: look at some of the obstacles individuals confront while transitioning to retirement and suggest strategies to go around or past them.

What variables influence how well we adjust to retirement?

Getting used to retirement is a process that is influenced by a variety of circumstances. Scholars and academics have long examined what happens in our thoughts during times of transition in order to better understand why some individuals adjust so well while others struggle so greatly.

Three major hypotheses attempt to explain our capacity to adjust to retirement depending on various criteria. The following is a concise and easy-to-understand summary of these ideas.

Role Theory: Disruption in our existing responsibilities in society has an influence on our retirement well-being

Role Theory is one theory that attempts to address this problem. It says that a person's identity is formed by the many roles they perform throughout their life.

Because retirement may disrupt some of those roles, our capacity to respond and adjust to those changes will determine how effectively we adapt to retirement as a whole.

In other words, how retirement affects our responsibilities in society, how those duties define our identity, and how effectively we adjust to changes in those positions determines our well-being after retirement.

People who put greater emphasis on employment than the average Joe and have difficulty transitioning to new responsibilities later in life are more likely to experience anxiety and even despair in retirement. In these situations, the objective is to either locate new jobs to fill the hole left when you quit working or to make retirement a more gradual and less sudden process.

What is the best way to deal with this issue?

You may start a new hobby, retake an old one, volunteer, acquire a new skill, or even go back to school to address the first. The second strategy is mostly dependent on the employment you hold before retiring.

Taking on less responsibility over time and devoting the additional time to a pastime, for example, might help the shift go more smoothly. If you operate a company, you may start by putting it online with a virtual office that you can manage from anywhere.

This may even allow you to get a head start on your travels while someone else handles all of your incoming physical mail and transmits any important documents to your present location.

Maintaining non-work-related responsibilities and relationships is critical, according to the continuity theory

Although continuity theory has been around for nearly 50 years, it still seems to be relevant in today's quickly changing world. The disruption of an individual's function (or roles) after retirement, according to this idea, isn't as important to our well-being after retirement as the Role Theory suggests.

Instead, it posits that there are other sources of our self-identity that are just as crucial for the transition to retirement, and that the ones we manage to preserve are the ones that assist us adjust to this new stage of life.

In other words, according to this idea, the continuity of our social interactions outside of our profession, as well as other characteristics such as our family roles and circle of friends, have a greater impact on our lives after retirement.

Lifecourse theory: How effectively we adapt is determined by our own past.

Lifecourse Idea is a relatively contemporary theory that focuses on how each person's life trajectory determines how they will adjust to retirement. This hypothesis is more complicated than the others, but that's because people and their lives are complicated.

In a word, this idea suggests that retirement may be seen as a shift in a continuous life path. As a result, prior life experiences (not roles) connected to our employment (i.e., our work history), family, social network, and other factors impact our transition to retirement.

The following are some of the inferences that may be drawn from this theory:

These are only a few of the most well-known findings that show that how happy we are in retirement is determined by the sum of our whole job experience, as well as our social and familial histories (what scholars refer to as our lifecourse).

Some academics have discovered a number of more specific and equally essential characteristics that are connected to how we adjust to retirement.

Education is one of the most important aspects that influences our capacity to adjust and adapt to retirement. There is a definite link between retiree contentment and educational attainment. When it comes to adapting to retirement, postgraduate pensioners outperform those with just a basic education.

A greater degree of education boosts our chances of adjusting to retirement for a variety of reasons. First, persons with a college or postgraduate degree are more financially educated than those without one, and therefore make better choices throughout their careers in preparation for retirement. As a result, the transition will be more seamless.

It's also true that educated individuals are less prone to respond to particular negative experiences in retirement and are more resilient in general. This implies they are less prone to be anxious during economic downturns.

Financial security, together with a high level of education, is essential for a peaceful and joyful retirement. It substantially decreases the stress produced by ambiguity, and it helps in the resolution of a variety of retirement-related difficulties, such as health and legal concerns. Financial security also enables retirees to keep excellent health while pursuing all of their goals, such as touring the globe, taking up a new activity, volunteering, and so on.

Men or women, who adjusts to retirement better?

The ways in which men and women adjust to retirement are vastly different. According to studies conducted in the United States, males are more content with retirement than women. At the same time, women are more likely than males to report being unhappy in retirement.

Relationship status
Those who are still married are by far the best at adjusting to retirement of all retirees. This is most likely owing to common aims and aspirations between couples, as well as mutual support. Divorcees, though, seem to be carefully following them. Singles and widows have a considerably lower capacity to adapt, maybe owing to emotions of loneliness and sadness.

Before we retired, we had a job

Our capacity to adapt to retirement is influenced by our job experience, as we observed before. It's not only about your complete work history, however; it's also about the final job you had before retiring. Assume you've just left a job with a lot of responsibilities and a high position inside the company.

In such situation, retirement is likely to have a greater effect on you than on someone who retires from a lower-paying career. The idea behind this is that the greater your employment status, the more you are connected with that function, and hence the more difficult it will be to move to retirement.

Tips to help you adjust to retirement more easily

Following our discussion of some of the elements that influence our capacity to transition to retirement, here are some preparation advice based on the most relevant aspects:

As we've seen, one of the most important aspects determining our capacity to adjust to this new stage in life is education. If you're already enrolled in college and working toward a degree, keep going. If not, there are several solutions available for every budget, every kind of student, and every background.

Consider studying personal finance classes if you don't have a certain job in mind right now. This will have a direct influence on how you save for retirement and handle your money after you retire.

Tip #2: Make an effort to strengthen your interpersonal interactions

Having a companion to share retirement with has a big impact on how we deal with the stress of changing times. Maintaining contact with friends and family members during this period also aids in the preservation of an important aspect of your personal identity after you retire. This smooths out the transition and makes it more manageable.

Tip #3: Begin preparing for retirement as soon as possible

This is a self-evident piece of advice, but one that you should never disregard. As previously said, financial stability is one of the most important aspects of a happy retirement, and the easiest way to achieve it is to start saving early in a 401(k), IRA, or other retirement account and allow compound interest work its magic.

Tip #4: Take advantage of any opportunity to learn new abilities

All too often, once we find a solid career, we stick to our guns and allow that work define ourselves. Unfortunately, this simply makes retirement more difficult since you lose a lot of who you think of yourself as.

However, you may vary your duties and decrease the negative effects of retirement by acquiring new talents and exercising them on a regular basis throughout your working years.

Thanks to Jordan Bishop at Business 2 Community whose reporting provided the original basis for this story.