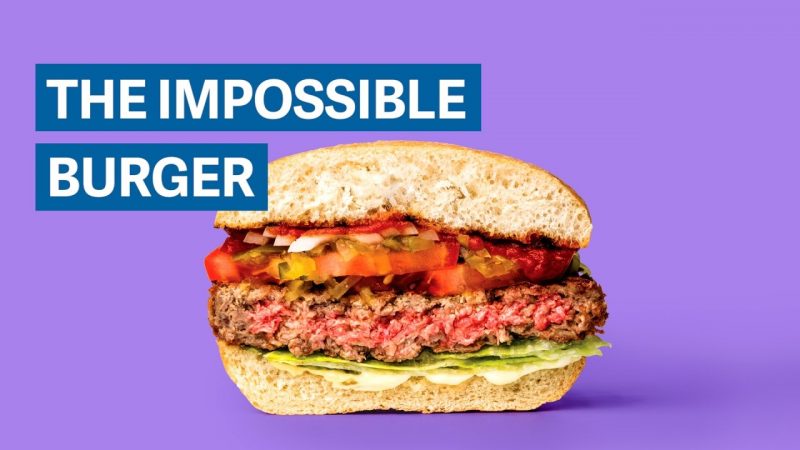 Impossible Foods Inc., a vegetable-based meatless product line, has its sights on the 5 billion pounds of ground beef consumed in the United States each year. The multi-billion dollar meat industries are attracting large investors to the meatless movement that could take a bite out of profits.

Impossible Foods and the other countless brands breaking into the protein space tout the benefits of even marginal reduction in meat consumption. The environment will endure less greenhouse gases from animal waste while consumers lower their risk of high blood pressure and heart disease. Beyond societal benefits, Impossible Foods, Beyond Meat, and other high-quality meatless options aim to create a delicious alternative to ground beef and meat in general.

Impossible Foods’ introduced its product line to the U.S. market in 2016 with a rollout to high-end restaurants. The brand has partnered with young, talented chefs and awarded restaurants around the country to get the word out about a new tasty, meatless option.

According to an interview with TechCrunch.com, co-founder Pat Brown stated, “When we launched a year ago, we were producing out of a pilot facility, [now] we have a full-fledged production facility producing 2.5 million pounds per month at the end of the year.”

Impossible Foods has found its greatest success in the upscale fast food industry, with Impossible Burgers being sold at more than 1,000 restaurants throughout the country. Impossible Foods is now looking to utilize their Oakland facility built last year to begin sales in Asia by the end of the year.

The meatless industry, lead by Impossible Foods and Beyond Meat, look to help the world while gaining market share. While Impossible Foods’ 2.5 million patties a month looks meager against 5 billion pounds of ground beef, the continuing demand and financial support gives a future for meatless alternatives.