It's Official – Kamala Harris is WEALTHY! 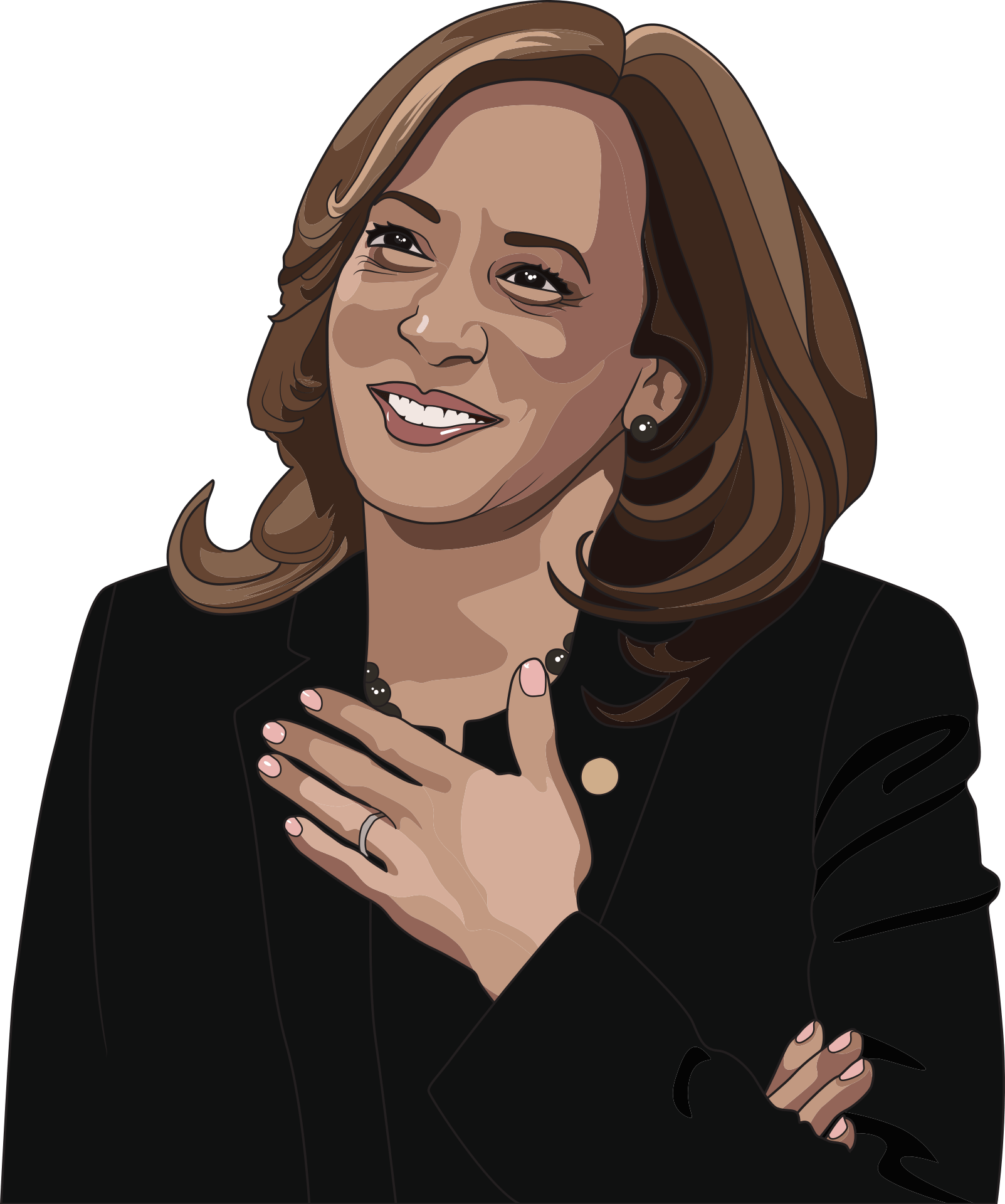 Kamala Harris is believed to be worth $7 million. Whoah!

Where exactly does Harris's wealth come from?

Her portfolio, which she shares with her husband Douglas Emhoff, includes houses in Los Angeles and Washington, D.C. worth an estimated $5 million before debt, two pensions worth $1 million from Harris' tenure in California government, and at least $1.2 million in retirement funds for Emhoff.

Harris was born in Oakland, California to Indian and Jamaican immigrant parents who divorced shortly after the birth of her younger sister, Maya.

Harris came to Montreal with her sister and mother, a breast cancer researcher, when she was 12 years old.

She returned to the United States for college at Howard University and then to California for her law degree.

In 2003, she campaigned for public office and was elected as San Francisco's district attorney. According to her tax filings, she made more than $140,000 the next year. Harris ran for California Attorney General in 2010. She was elected, making her the state's first black woman governor.

In 2014, she married Emhoff, who brought additional money into her life. Emhoff, who had been introduced by a friend the previous year, was a divorced father of two working as an entertainment lawyer for the legal firm Venable in Los Angeles.

Whitwell Jacoby Emhoff, the firm he cofounded, had been purchased by Venable seven years before. Emhoff has claimed earning more than $1 million on their combined tax returns every year since Harris and Emhoff married.

Mike Pence and Kamala Harris each have more over $1 million in government pensions, but the current vice president also has a multimillion-dollar real estate holdings.

Harris submitted a comprehensive financial disclosure form with the government after announcing her intention to run for the United States Senate in 2015.

This revealed that the couple's combined assets and liabilities, excluding personal residential real estate, were valued between $1 million and $3.9 million. Around the same time, Emhoff divested himself of more than a dozen potentially conflicting stock interests in businesses such as Mondelez International, Hess, CVS Health, and Oracle.

Harris' wages grew in tandem with her celebrity. According to NPD Bookscan, her book, The Truths We Hold, was released in 2019 and has sold more than 200,000 copies in the United States. According to her tax returns, she has earned $879,000 from writing since 2018. Harris now makes $230,700 as vice president, which is 33% more than she earned as a senator. Harris, who has a new home in Washington at the Naval Observatory for the next four years, is also taking advantage of the strong housing market by listing a D.C. apartment she purchased for $1.8 million in 2017. She is seeking for $2 million.

Meanwhile, Emhoff's profits are expected to fall while Harris serves as vice president. In 2019, he made $2.8 million as a partner at DLA Piper, but he took a leave of absence in August 2020, when Harris joined Biden's ticket. According to a spokesman for the Second Gentleman, Emhoff did not receive partnership income throughout his absence. According to tax returns, his 2020 earnings will be $1.4 million. Emhoff quit his collaboration with DLA Piper in January.

Harris splits her wealth with her husband, attorney Douglas Emhoff.

However, if history is any indication, the short-term sacrifice should pay out in the long run. Joe Biden and his wife, Jill, made lectures around the nation and wrote two books after serving as vice president, making $17 million in four years. Mike Pence secured his own book contract a few months ago, believed to be for between $3 and $4 million. There's no reason to believe Harris, a role model for millions of women, African-Americans, and Asian-Americans throughout the nation, won't get her own multimillion-dollar book contract as soon as she leaves office.