One Big Three-Legged Race: App Designer Yunning Liu on the Undying Relationship Between Technology and Design 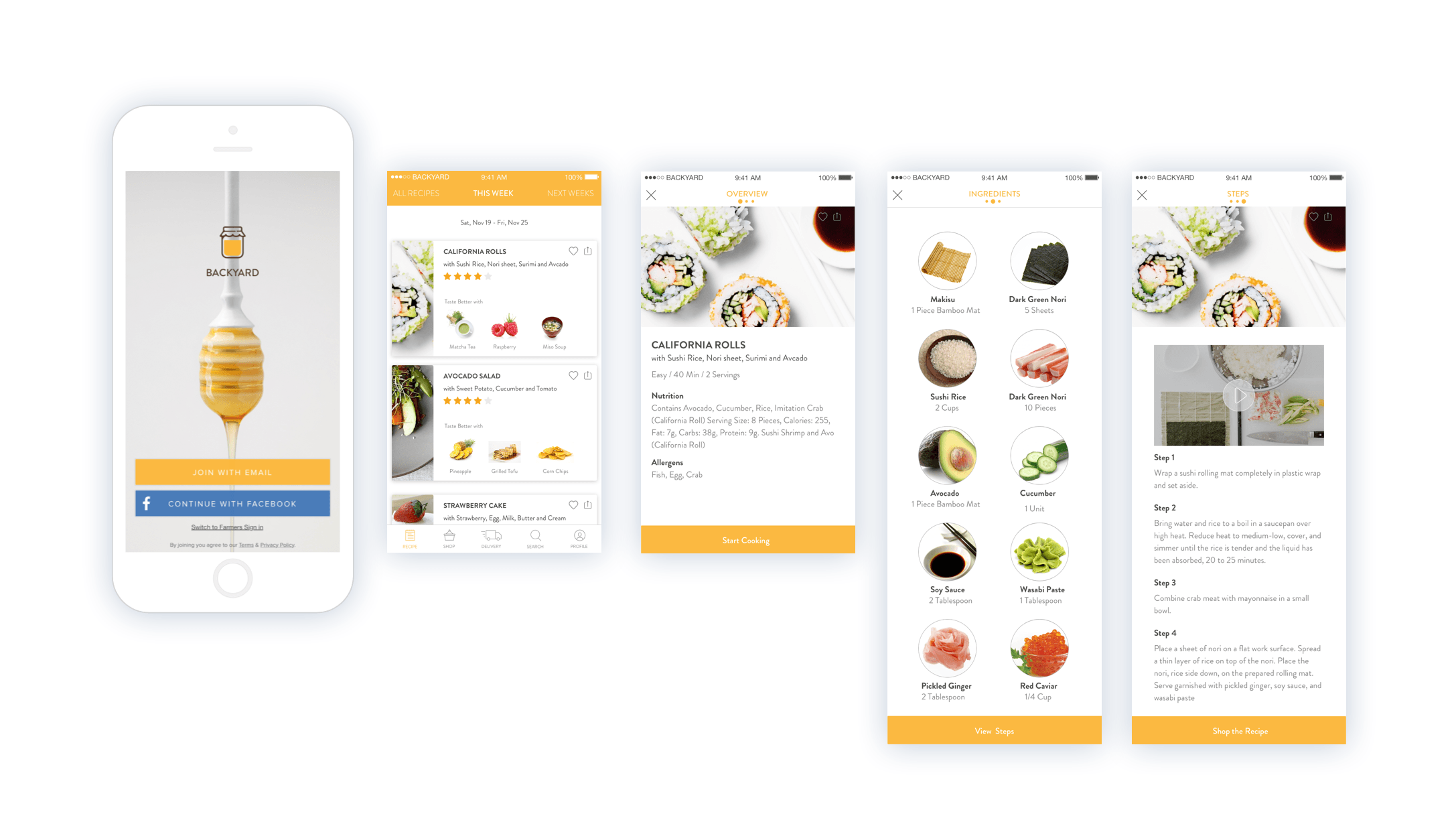 The Idea Trader’s continuing efforts to chronicle advances in tech, medicine, and scientific research have brought our attention to some truly inspiring stories. Just in the past few months we have seen incredible efforts in all of these fields. Most recently, spinal implants have granted paralyzed patients a new range of motion. Major ocean cleanup projects are underway, and augmented reality technology is steadily approaching seamless integration with the real world.

But one issue raised by these advances that’s rarely discussed is the resulting mismatch of progress. Industries rarely move at the same speed, and just as one industry steps forward, it may leave others behind. For example, when Tesla unveiled the Model S, the car’s performance and design were leaps and bounds beyond other contemporary electric and hybrid vehicles\. But the infrastructure for ‘fueling’ Teslas was essentially nonexistent, making them virtually unusable in certain parts of the country, in particular, rural areas that saw zero Tesla purchases and so had no reason to install chargers. Even to this day, taking a long road trip in a Tesla means tailoring your route to include pre-approved stations that will be able to charge the car. In other words, progress requires parallel progress for it to be effective, and for real change to take place. "[Ridesharing] apps could have been messy throwbacks to the days of MapQuest."

And now that so many companies and services have migrated to apps for greater accessibility and convenience, the art of graphic design has become a kind of middleman between new products and the average user. Don’t believe me? Let’s consider ridesharing apps. At their core, they offer a huge network of independent drivers using precise GPS information to plan fast and efficient rides. These apps could have been messy throwbacks to the days of MapQuest, but thanks to talentedvisual and UX (user experience) designers, the process is simple, fast, and easy to use (even when inebriated). Additionally, they continue to improve and evolve as they add new features and incorporate user feedback.

Enter Yunning “Hilary” Liu, a master designer whose credits include work for Livefyre, Lux, the Backyard recipes app, and Evidation Health, the latter of which we’ll explore in more detail in a bit. Apart from her stunning design work, Liu has been outspoken regarding her progressive views on what designers and tech companies owe to their audiences. We’ve asked her to share some of her own experiences with app design, as well as her thoughts on contemporary design as a whole and how it has both affected and been affected by recent advances in technology.

We start with a look at a project that Liu is incredibly proud of, the Achievement app for Evidation Health, an innovative tech company that collects users’ health data to help inform the decisions and priorities of healthcare and pharmaceutical groups. It’s essentially the medical study of the future, with more than 2 million active users.

Before speaking with Liu, we took Achievement for a test drive. It’s free in the App Store, and instead of hinting at in-app purchases, it instead promises that users can actually earn rewards for engaging in healthy activities.

“Our company mission is to enable and empower everyone to participate in better health habits. I believe that in designing the app I am doing something meaningful and beneficial for users. The new design will improve user experience of the app, increasing ease of use and solidifying functionality as well as creating a cohesive aesthetic vision. Most importantly, I am so excited to see how it will impact millions of users as they track their healthy activities.”

Achievement hits all of the important marks. It’s slick, minimalist, and using it is genuinely satisfying. And since it’s integrated with healthcare companies, it stands a good chance of making a real difference in the industry, providing valuable insight into the daily health habits (or lack thereof) of many Americans.

The project required a large team with decades of combined experience. And despite the size and significance of the project, Liu herself never felt intimidated, despite the sheer size and importance of the project. At the start of serious design projects like this one, she falls back to a few primary principles of design, which she was kind enough to detail for us.

“The first is to maintain consistency in visual elements, actions, and content. Consistency means using the same design patterns and the same sequences of actions. This enables users  to complete their tasks more easily.”

For those of us not directly involved in design, this is typically something we only notice if it hasn’t been done well. It’s fairly easy to tell when an app or site doesn’t quite know exactly what it wants to be, or how it wants to feel. It could be the use of different fonts that don’t gel with each other or images and styling that don’t correspond faithfully to the ultimate purpose of the entity.

“The next aspect is to show the visibility of the system status. For example, using a progress indicator showing users how long it will take them to complete certain tasks.”

Once again, it’s easy to notice when this hasn’t been done well. From personal experience, one instance of a site not giving a sufficient sense of the system status is customer surveys. They often attract participants by promising a payoff at the end, maybe a free sandwich or a future discount. And far too often they don’t give an overview of how many questions there will be, or an estimate of how long the questionnaire will take to complete. 30 minutes later and you’re still a long way from that free sandwich.

Meanwhile, Achievement has estimates for just about every activity you could imagine. It takes what is essentially a daily survey of personal health information and makes it interesting, giving a sense of accomplishment with every button press and sound effect.

“The third main goal is to execute minimalist design. Always keep the relevant information up-front. Keep the content short and sweet. Everything else should be removed.”

As mentioned above, Achievement keeps things as simple as possible. Apps like Launchpad and Instagram have also done a decent job of offering a wide range of functionality in a way that never feels overwhelming. And as a result, users are more likely to open these apps casually, resulting in an increase in engagement for the parent company.

“The final goal is to avoid making the user think more than they need to. This is a lesson I learned from one of my favorite user experience books, ‘Don’t Make Me Think’ by Steve Krug. This is a rule I always keep in mind whenever I design a website or app. Users don’t want to think. The simpler the app is to use, it’s more likely that users will stay.”

Krug’s book is nearly 20 years old now, but as the internet has continued to change, it has in turn changed the people that use it in subtle ways. And yet the rule holds true in 2018, perhaps more than ever before.

Little did we know back in 2000 that apps would soon become one of the most important ways in which companies interact with their customers. But are apps destined to remain the industry standard, or are we just a few years away from another seismic shift? Liu is confident that apps are here to stay, at least for a good long while.

“I think apps will remain common in the future. As long as smartphones are widely used by people, apps will be used as well. Also, I think there will be more health-related apps that could be capable of replacing certain medical devices. Just this year, Apple turned the Apple Watch 4 into a blood pressure monitor. And digital smarthome devices are internally using apps to execute functions.”

And should we reach a point where smarthome devices are more common that smartphones, design will need to adapt once again, in ways that will complement voice-based commands that then affect a separate display. The existence of the basic AI that exists in these devices may soon necessitate a visual representation of AI personalities like Alexa and Cortana.

And so we return to the near-symbiotic relationship between tech and the design work that makes it usable. Each one needs to stay abreast of the other, taking each other’s pulse. And when it comes to visuals and user interface work, a big part of that is recognizing that tech changes how people think, act, and react. Collective attention spans have changed, along with our expectations for apps, hardware, et al. And as a result, design has taken on an even greater responsibility.

“Even though technology has brought convenience to people’s lives, people are addicted to their phones and social media. They focus less on real-life events, like building relationships with their friends and family and maintaining a balanced, healthy lifestyle, both physically and psychologically.”

But now tech companies are starting to take notice, thanks in part to calls from programmers and designers like Liu.

“This past year, both Google and Apple were awakened to a new movement: the concept of digital wellbeing, each company encouraging management of screen time. I think this is an excellent example of a designer’s social responsibilities.”

Previously a feature designed for parents to measure and limit their children’s total daily screen time, many sites now offer this same feature for all users. Notably, YouTube (a Google property) recently added a screen time tracker within the user’s profile. Suddenly, just leaving videos on in the background for a good part of the day can be addressed for what it really is: media saturation.

“I think the role of designers is to connect people, solve the problems, and in general make people’s lives more relaxed and happier.”

Liu and thoughtful designers like her are the start of a more responsible attitude among tech companies, which as of late have given the public more than a few reasons to doubt their infallibility. And it’s absolutely crucial for designers to contribute to this approach. In Liu’s opinion, designers should even be leading the way. Pointing programmers and creatives in the right direction.

The Idea Trader would like to thank Hilary Liu for her expert commentary and unique perspective on the trends of today’s most significant business sector. Hopefully we’ve all learned how to look at apps a little bit more closely, keeping an eye out for the little things that make us happy to use them, as well as an appreciation for the people who bring those ideas to life.