Spotlight in Screenwriting: an Interview with Karolyn Carnie 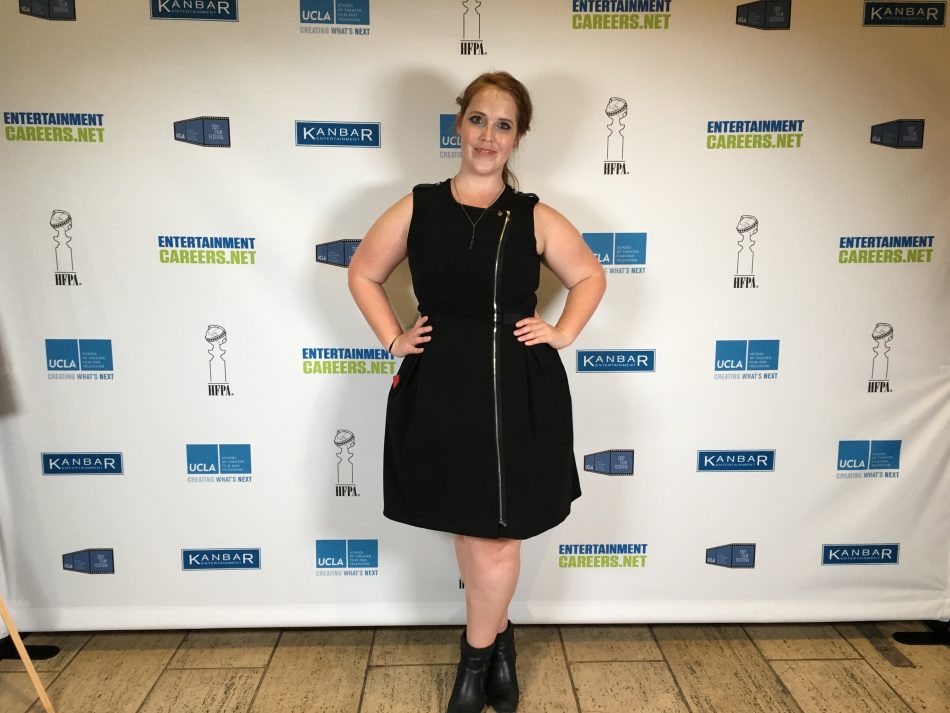 Humans inherently love great writing, and literary classics can come from any corner of recorded history. From Homer’s “The Odyssey” to George Orwell’s “1984,” stories told through written language have served as the foundation for countless films. According to a study conducted in the 1950’s, novels and written fiction were responsible for 50% of created films at the time. The reality is that that this trend might even hold true today.

Turning a story into a movie is tricky business. Screenwriting is arguably one of the tougher writing-related professions, since there’s no option for “written word to “on-screen action/dialogue” on Google Translate just yet. Writing something that works on paper and your screens is something we wanted to learn more about, so I reached out to screenwriter Karolyn Carnie. By any measure, Karolyn has a cool day job -- she contributes to the acclaimed TV series Suits and can take credit as one of the creatives who has helped oversee the show’s 7+ seasons. With a treasure trove of Hollywood caliber fiction of her own,  Karolyn has ascended through the ranks of the entertainment industry. Earning praise from legendary Bond film producer Michael G. Wilson, Carnie is a master of her craft and has stories coming soon to a television near you. We had the opportunity to ask Carnie for an insider’s perspective on the craft of screenwriting and learn what it takes to turn a written story into a polished visual product.

What about the role of a screenwriter, or the film/TV industry in general, excites you most and continues to inspire you?

Carnie: I know how important TV was to me growing up. That may sound a little odd, but returning to the same characters and stories every week you become connected to these stories. You cry when they cry, laugh when they laugh. TV has the magical ability to turn your day from bad to good, make you laugh if you've been crying, make you cry when you are sad. It's a release in the best form. It's unlimited creativity that can be one person’s dream of how the future will be, or one person's greatest fear. The stories to tell are limitless, because one's imagination is limitless. Plus, there are amazing stories that have not been told that are ready to be tapped.  All of this, and to be a part of the future of TV writing are things I am very excited about.

Can you explain a little bit about NBC’s On the Verge Program and what it means to be in the top 4% of screenwriter’s within it?

Carnie: NBC’s ‘On The Verge’ is a writing fellowship program that picks eight incredibly talented writers to do classes every week, and get them in a great position to be staffed on a show. These are for writers that are just on the edge of their career really exploding but may need more contacts, or more help with the intangibles. The writers meet with executives, agents, and other writers. I was among the Semi-finalist group last year, and am excited to apply again this year. What sort of roles have you had to fill while working on the set of the acclaimed series, Suits?

Carnie: I started as producer assistant on set in Toronto. When I move to Los Angeles, I was able to work in the writers room as showrunner assistant to Aaron Korsh. That included many tasks that really allowed me to see a show be made from beginning to end and everywhere in-between. I was able to be in the room with pitches and pitch myself. I grew exponentially under the tutelage of Aaron Korsh and the amazing writers on Suits whom are so supportive.

Given that you have worked on Suits for a few seasons, what would you consider to be the most important lessons about the industry you have learned, either from working on set or working with showrunner Aaron Korsh?

Carnie: There have been so many things I have learned from Suits that has helped me in the industry. However, the most important would be the daily experience being in a writers room learning how stories are created, how to pitch, how to help build on someone else’s idea. How to give up your own idea when the room goes in a different direction. Writing and being in a writers room is two very different things. You need both to be successful as a TV writer, in my opinion.

What would you consider to be some of the most accomplished or interesting stories you have written over the course of your career?

Carnie: Thus far, I think my one-hour-drama ‘Sleeman’ has been one of my most accomplished and interesting stories. It started off as a story that was inspired by a brewery from Canada, and it quickly became a lot more. I added in different characters, and backstories, really striving for depth and a new twist on the prohibition era, and I think I found that. Keeping a great twist of bootlegging to Al Capone's clubs that would put any brewery in the crossfire, let alone a small family brewery from Canada, it won the TV Pilot category in the Film Schenectady Electric City Screenwriting contest. I have also been very happy with my film GOLD MEDAL DOMINATION, which most recently has made it to the semi-finals round in the Screencraft Fellowship contest, as well got a live reading in LA.

As a storyteller, how do you approach the early stages of the writing process? Also, do you find it difficult to create stories that will translate across multiple groups and cultures?

Carnie: I think always starting with a subject you know, or a feeling, or a character you want to talk about is a good jumping off point and you can build a story around that. I must always have an outline. I typically write that in a journal and I type it up quickly, and work off that for my script. As for translates to multiple groups and cultures, I think as long as you have a character that has depth, that has weaknesses and vulnerabilities, anyone can relate to that. It is the layers of a character that someone can find similarity in. It's when characters are more one dimensional they can't. You may not connect to every location, or plot, but the connection lies in the characters.

Your script Gold Medal Domination earned you the opportunity to meet renowned Bond series screenwriter Michael G. Wilson. What did Wilson think of your script, and did you take anything away from this meeting which you could use on other projects going forward?

Carnie: Michael Wilson was so generous to give me his time, and his reaction to my script was "The hardest thing about making a comedy is making it funny. And this is really funny." I couldn't ask for anything more than that. He of course comes from the James Bond franchise, and I was writing a farce of that genre, so he gave me a lot of really good tips regarding the mechanics of bombs, and how things would work in a James Bond film that I could play off in my comedy.

How do you go about networking as a screenwriter within a field that is so competitive and tough to penetrate?

Carnie: You have to put yourself out there. Contact writers you admire, and social media is a great way to do that. Sometimes they reply and sometimes they don't, but it's worth a shot. The majority of the time people really truly do want to help because someone helped them along the way. Other ways are meeting with assistants, and coordinators they are all moving up and are all amazing resources.

Are you currently working on any scripts or projects you would like to tell us about?

Carnie:  I'm working on a few projects I am very excited about, one is my TV series ‘DAMNED,’ which is an ode to my love of supernatural tv shows, including Buffy and Supernatural. While writing something like this, it's very important to make sure the project has its own identity, so I am working very hard on that, and I think I've found an interesting twist. The other brewery project I'm working on I’m excited about. I grew up in Canada and there are a lot of breweries that started as small family breweries. I'm starting to pitch a project about Moosehead brewery, with the family's and president of the company's blessing, which will tell their origin story, which was created by Susannah Oland in 1867. She was a woman out of time, and an amazing story of a woman with gumption and intuition and business savvy in a time when it was hard for women to use those qualities. I have an idea that this could become an anthology series of different breweries like Feud, or American Horror Story, and each season would be a fictionalized version of their story.