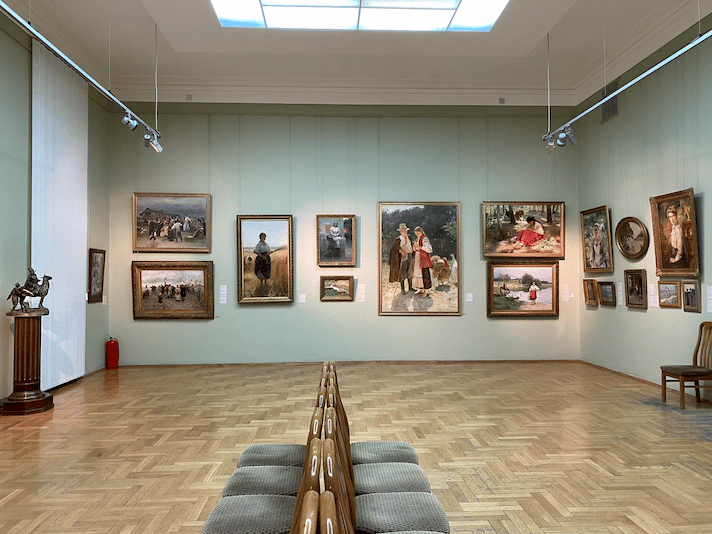 In order to support cultural heritage in the midst of the continuing war catastrophe, Kharkiv Art Museum, one of the oldest and most significant art institutions in Ukraine, has created an NFT collection on the Binance NFT marketplace.

A few hours after English artist Damien Heist showed the world that artworks may remain in digital form without necessarily keeping the actual artworks, the NFT collection was introduced. Physical artworks valued more than $10 million were destroyed in a heist.

The Kharkiv Art Museum declared the debut of an NFT collection branded "Art without Barriers" exclusively on the Binance NFT marketplace in a news release on October 13. The NFT collection will include paintings by eminent 16th–18th century painters.

Talented painters like Albrecht Dürer, Georg Jacob Johann van Os, Ivan Aivazovsky, and Simon de Vlieger are represented in the new NFT collection. 15 pieces of art will be included in the initial batch.

Oleksandr Honcharov, the director of the Kharkiv Art Museum, made the following remarks on the NFT project:

“Today we are erasing borders and moving into the digital era. With the help of Web3 technologies, the collection of the Kharkiv Art Museum can be exhibited anywhere in the digital world. Masterpieces cared for by the museum will be able to help its development in such a difficult time.”

One of Ukraine's oldest and most priceless art collections is that of the Kharkiv Art Museum, which was founded in the late 1800s. Legendary painters Durer, H. Goltzius, L. Giordano, P. Bruegel the Elder, A. van Dyck, F. Boucher, and others have works on display at the museum.

The museum now has more than 25,000 pieces of great art from the 15th to the 21st centuries from Ukraine, Western Europe, the Middle East, and the Far East. The newly launched NFT initiative will defend Ukraine's cultural legacy from the Russian invasion, which has recently targeted cultural assets.

All funds earned from the sale and collection, according to the group behind the project, will be used to support the Kharkiv museum's daily operations so that it may resume its work and create new employment.