UN Report on US Poverty Puts the Blame on Politics 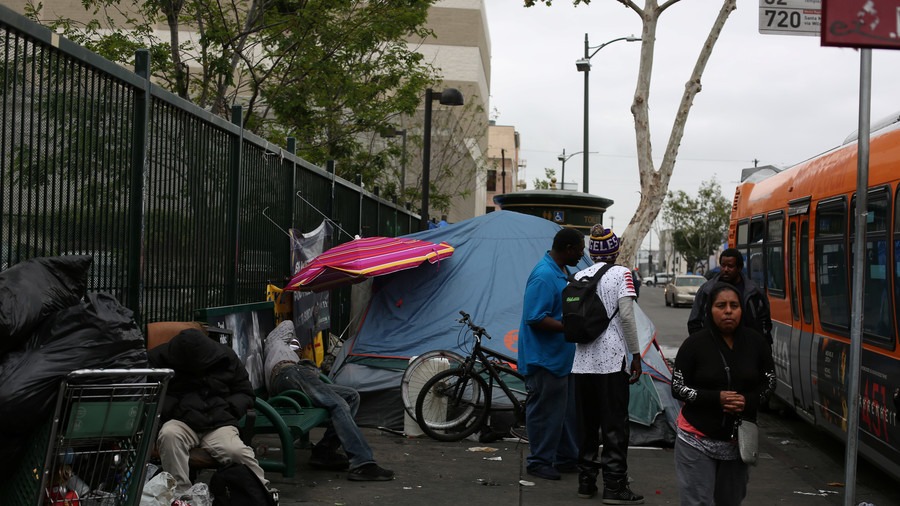 A United Nations report on poverty in the US released this week cited levels of inequality to be increasing under Trump’s presidency. Despite being considered the “land of opportunity,” the report states that the US has some of the highest rates of infant mortality, child poverty, income inequality, and incarceration rates in the developed world. Approximately 40 million Americans live below the poverty line, with 5 million of those living in what is known as “absolute poverty,” akin to third world conditions. The report cited Trump’s tax cuts of $1.5 billion as a stab against America’s poor, as the cuts benefit the wealthy while reducing government programs for those who desperately need it.

Even amongst working and middle class Americans, wealth inequality has increased. A report from Bankrate.com found that 1 in 5 Americans do not have any savings. Of those that do, 47 percent do not have enough to cover three months of expenses. This means that many Americans stand at the precipice of the poverty line, with one financial mistake or emergency potentially landing them in dire need. Unfortunately, there isn’t much assistance for them to rely on if this does occur. US governmental services to benefit the poor are certainly lacking when compared to other developed nations. Healthcare and housing are two of the most contentious issues. Programs to help people escape poverty are also almost nonexistent, and college tuition prices are at an all-time high, sending thousands of students into massive debt each year. Indeed the UN report states that people born into poverty in the US are more likely to remain in poverty now more than ever.

Despite these grim statistics, there are US politicians working to better these conditions. The UN report drew media attention after Vermont Senator Bernie Sanders and 18 other Democratic politicians wrote a call to action to address the issues released in the UN report. This received a fair amount of backlash from the Trump administration, particularly from UN Ambassador Nikki Haley, who stated the report was “ridiculous”. While there are human rights issues around the world that need attention, many of the issues currently occurring within the US – environmentally, politically, and socio-economically – stem from widespread poverty in the form of lack of education, lack of resources, and increase in crime. While it is a systemic issue that cannot be solved readily, poverty in the US is the root cause of many current issues and requires attention from the current administration.