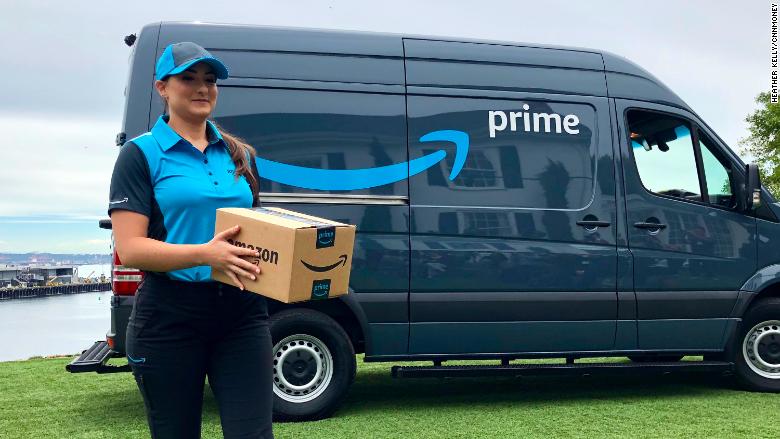 Ever wondered how you can grow your business quickly and effectively?

One tech goliath that nearly every business can learn from is Amazon. By applying some of their strategic tendencies, nearly any software business can cut costs and improve ROI in ways that they could only dream.

One such company that's learned from Amazon (with great success) is Square.

If you purchase anything at a shop, there's a high chance you'll pay using Square. The company's little white readers, some of which are no bigger than a credit card, have become commonplace at restaurants, retail shops, and even farm stands.

Square processes transactions for millions of companies, or "sellers," as the firm refers to them, earning $1.5 billion of the San Francisco-based company's $2.7 billion in total gross revenues last year. The Seller business is at the heart of why Square has grown from a $2.9 billion market valuation at its first public offering in 2015 to a $110 billion market capitalization today.

Alyssa Henry, 51, a former Amazon executive who joined Square in 2014, the year before the company went public, is at the helm of the expansion. Henry, who debuted this year on Forbes' list of America's Richest Self-Made Women with an estimated net worth of $555 million, began her career as a programmer for an insurance firm before joining Microsoft, where she ascended the corporate ladder over a decade.

She joined Square in May 2014 to head its infrastructure team after seven years at Amazon, the last four as a vice president for its cloud provider Amazon Web Services. Six months later, she was named head of Square's Seller team, inheriting a company that was still trying to build out software around its white reader. She has received Square shares as compensation throughout the years and currently owns 0.3 percent of the business.

“We started as a hardware company,” explains Henry, an executive vice president and one of the company's most senior executives. “Over the last seven years, I've been working on really transforming this business into a full suite of software and financial services.”

Henry started her time as Square's Seller lead by putting into practice the principles she learned at Amazon, where she worked in both the retail and cloud companies. At the Seattle tech behemoth, Henry was instrumental in completing the transition of its retail software from a “monolithic” design, in which the whole software suite is created as a single application, to a “microservices” one.

Amazon engineers might roll out new features and expand the product more effectively by splitting out the one program into a number of smaller, linked applications—for example, separating the code for its bookselling business from the code for its video streaming service. “We had gotten to a point where we had a core vision, but software development was moving very slowly,” Henry recalls of her early days at Amazon.

She later became an early employee of Amazon Web Services, which the company established in 2006 to market its successful software development and scaling solution to other businesses. According to Gartner, AWS generated $26 billion in revenue last year from an industry-leading 41 percent market share of worldwide cloud infrastructure, which includes the leasing of computing, storage, and networking services.

“When I first arrived at Square, it reminded me of the early days of Amazon: big, monolithic architecture,” she remembers. “We had no concept of a commerce platform. We simply have payments and a lot of things connected to it.”

Square developed a “omnichannel” commerce platform by migrating to a microservices architecture. Square's software currently links more than 30 distinct aspects of a client's company, such as order management, subscriptions, and loyalty programs. When a client buys something online and subsequently returns it to a physical shop, the inventory is immediately synchronized via Square.

According to Henry, the integrated software package has assisted Square in gaining more clients, especially small companies, who often depend on fragmented solutions.

“A lot of it was done on pencil and paper,” she explains. “If they had purchased an automated solution, none of these solutions worked together, so they were cutting and pasting from one browser tab to another. It's heinous.”

Each year of Henry's employment has presented a new difficulty, she adds, citing her choice to move beyond the physical white reader and put equal weight on e-commerce as a particularly important issue.

Square paid $365 million buying website builder Weebly in 2018 in order to provide companies with additional options for creating online shops. Although the Seller business dropped during the epidemic, analysts believe the company's diverse feature set helped it weather the storm. According to Wedbush analyst Moshe Katri, about 45 percent of Square-enabled businesses worldwide now have an e-commerce presence as well as a Square reader.

In the future, Henry anticipates greater connections between the company she runs and Square's mobile banking application Cash App.

The business has previously revealed capabilities that enable loyalty incentives and on-demand payments to be redeemed directly via Cash App, and the purchase of Afterpay will undoubtedly strengthen the connective tissue.

Analysts believe that Square's comprehensive software package has already given them a competitive advantage in the merchant sector over rival payment processing providers such as Fiserv's Clover. According to Mizuho Research analyst Dan Dolev, Square's strategy for an ecosystem that links companies and customers puts it in a position similar to JPMorgan 150 years ago, indicating that he is long-term positive on the company.

“The magic is unlocked when the whole is greater than the sum of the parts,” Henry explains.